There is a huge silent war going on. And it’s nothing to do with religion, oil or water but food. It’s being fought inside you, in your belly and it’s because that food is Genetically Modified. Many of us are unaware how much of our food is made this way. What makes matters worse, many of us do not realize that these foods are slowly making you, your loved ones and your children, sick.

Let me tell you a story. In 2008 my wife and I came to Canada from living in the UK. We did so in order to give our then unborn son 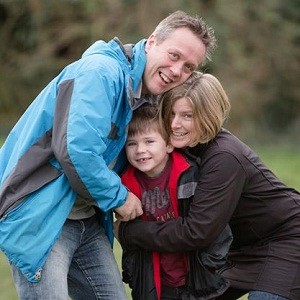 Oliver, the best possible start in life. However, after living in Canada for some time, I developed an issue with my guts. I would constantly feel pressure in my belly and liver. Over time this issue continued to get worse. Having been involved in energetic healing for over 20 years, the originator of Advanced Clearing Energetics® and the author of ‘Why am I sick?’ I knew there could be an emotional cause. But I could not find one in myself.

It was during a conversation about this with one of my Advanced Clearing Energetics® students, she mentioned ‘Could it be the Genetically Modified Foods that are causing your problem?’ This took me by surprise, because in the UK and Europe Genetically Modified foods are labelled. People subsequently, don’t buy them. I naively thought it was the same in North America. But sadly no. There is NO labeling here. You do not have a choice as to whether you want to eat Genetically Modified food or not.

So what is the problem with these foods? Seeds are Genetically Modified to stop bugs from eating the plant and some to grow regardless of how much ‘Round up’ herbicide is sprayed on them. Round-up is the worlds most well known herbicide. It destroys any living plant that it comes into contact with. All very commendable for the farmer, until you discover, the foods made from Genetically Modified plants have never been tested on humans. Even though they have been in the North American food chain since 1994.

In 2012 a study on Rats fed with the same Genetically Modified foods, in the percentages found in the average North American diet, showed horrific toxicity. Diseases such as horrifying breast cancers, prostate cancer, severe kidney failure, diabetes, and damage to the reproductive systems. All issues that are on a dramatic rise in North America.

Upon this and many other things I found out about Genetically Modified foods, we, as a family, dramatically changed our diet. We did what we could to find organically grown foods, we removed any foods that we consciously knew was Genetically Modified. It was not easy, and it is a lot more expensive to eat this way. But what price do you put on your health? I believe it is priceless. Especially when you have a young boy who is just starting out in life.

Unfortunately, Genetically Modified ingredients are found in basically all processed foods. Look at the label. Anything with or made from canola oil, soya, sugar or corn is probably genetically modified. Cotton and now alfalfa is also being grown. Many of the seeds and other by-products are then used to feed our cattle, pigs and chickens. Severe defects such as, kidney failure, reproductive issues and cancers are now common place in these animals. The same issues that were reported in the test rats. In Europe, these Genetically Modified foods are now being fed to livestock. Feed that is imported from North America and heavily subsidized. So, what can you do?

I have heard that this is the first generation of children that will not outlive their parents. Do you want your children and your loved one’s to become ill? Do you want to live to a ripe old age? I do. I want my wife and son to do so as well. You have a choice, end this war in your belly. It's easy. Stop eating Genetically Modified foods.

As for my gut issues, I rarely have problems anymore. Occasionally I have a small re-occurrence, and that is usually when I have not eaten at home. I notice a huge difference avoiding Genetically Modified Foods both in myself and my family. It was definitely the smart choice for us. 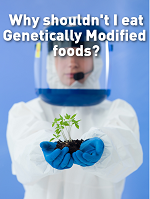 Do you want to gain access to the  e-book Why shouldn’t I eat Genetically Modified foods? for free? If so, share our chapter

Get a FREE downloadable copy of the GMO book NOW!